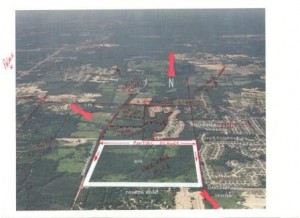 Heritage in the Hills has a rich and friendly history.

Heritage in the Hills was originally developed by Silverman Companies of Farmington Hills, Michigan and U. S. Homes of Houston Texas. The first home was completed in in the early summer of 1999. Toll Brothers completed the development building the last 15 homes (4016-4044 Hillsdale) in 2006.

Prior to opening day, Dick & Nancy Brennan ( #20) and Jerry & Karen Bishop, took a ride to look at a similar U.S. Homes development near Cleveland Ohio.

Friday June 12, 1998 was opening day and people lined up early, in fact Bob Ranger arrived before 4 AM and was #1 spot in line which allowed him to pick his home site before anyone else.

There was music and food served.  Dick Brennan thought it was a bit funny that the caterer served Coffee out of sterling silver pots into Styrofoam cups.  Dick Noted that since houses where started in groups not in the order of sale, there will be a different list of who was the first, second, third, etc to move into their new homes.

Claire Emmons and her late husband ( #54) were “up north” on opening weekend and returned to discover that they were way down the list. 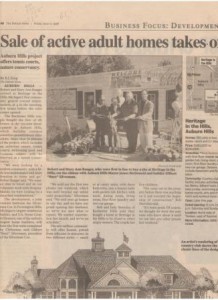 Are you an original resident?  We would love to include you stories here.  Please contact resident Scott Bicknell.